Trees, Shrubs, and Palms of Panama

Trees, Shrubs, and Palms of Panama 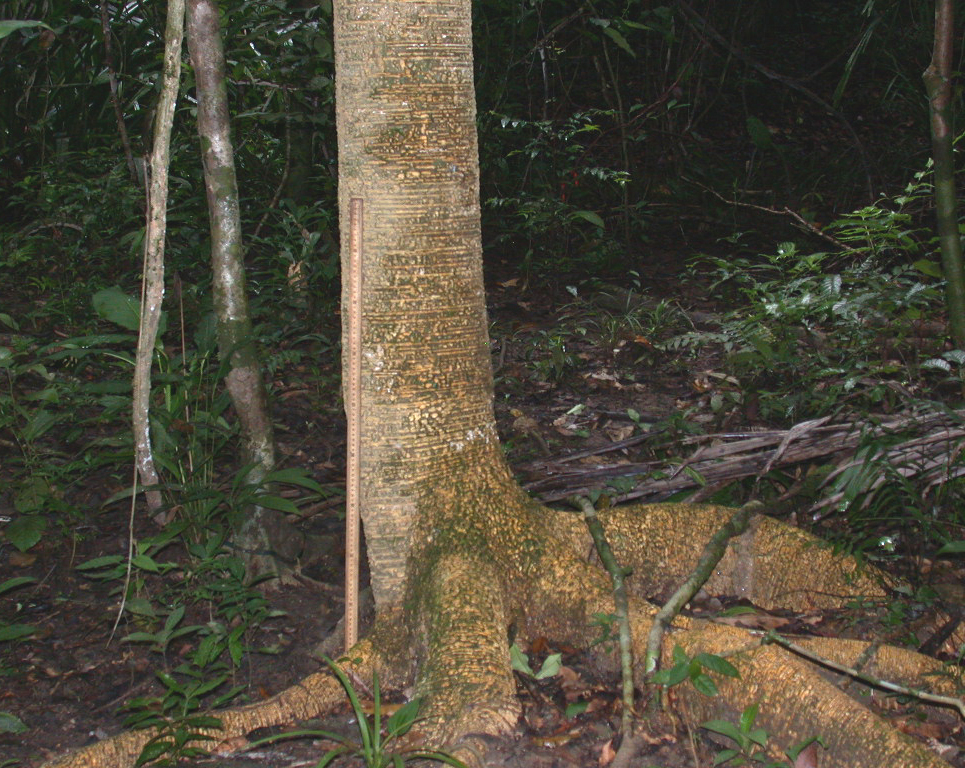 Description: A large tree with a straight cylindrical trunk. Large individuals have conspicuous swellings at the base extending into roots that run along the ground. Bark is yellowish, with irregular, cream-colored horizontal bands and lenticels, and odd, small, lumpy spines. The leaves are simple, alternate, conspicuously toothed, with a long pointed tip. From a broken leaf or a slash in the bark, white or slightly cream-colored latex drips out rapidly. 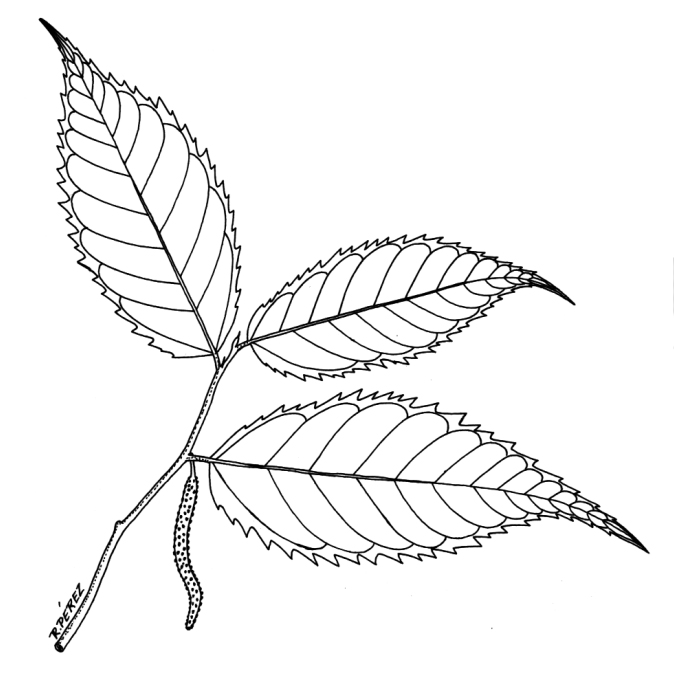 Flowers and fruits: Typically drops its leaves during the dry season, but flowers during the wet, between August and October. There are separate male and female trees - male flowers are collected on long, narrow spikes, whereas female flowers are in green, spherical heads. The fruit is a green, spherical, berry, divided in tiny sections (one from each flower), like a raspberry. They mature yellow in color from December to April. 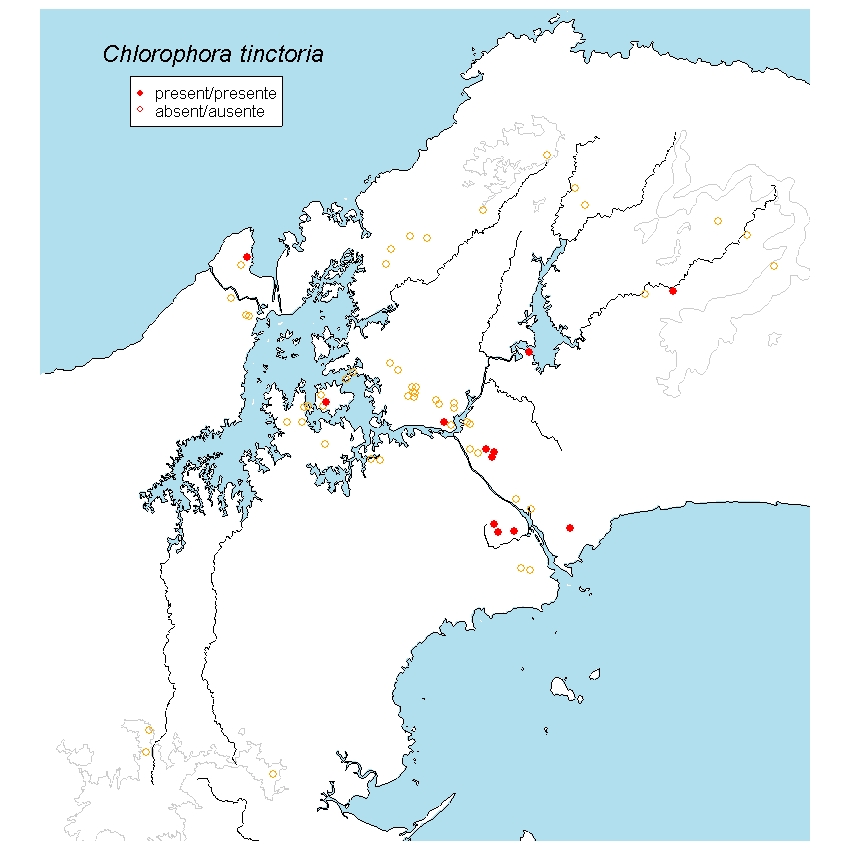 Distribution: Most often seen in the drier parts of Panama, but usually uncommon or rare. Widespread from Panama City to Gamboa, rare at Barro Colorado, also on limestone outcrops at Madden (where it is common) and Sherman. It can be abundant in farmland in Panama's dry interior, for instance on the Azuero Peninsula. Not seen in the wettest areas near the Canal.

How to recognize: On bigger trees, the trunk is very conspicuous and unmistakable. Leaves are also distinctive, since other heavily-toothed species do not produce latex. A similar species is the related Clarisia racemosa, but it is confined to wetter forests, and does not have trunk spines.

Uses: This is a well-known species in rural Panama, and the wood is used in various ways, fruits are edible, and even the latex is used as a pain-reducer. But it is (or was) mostly known for the dyes extracted from its bark; these include usnic acid, which is a pH indicator (turning yellow or blue depending on the pH).